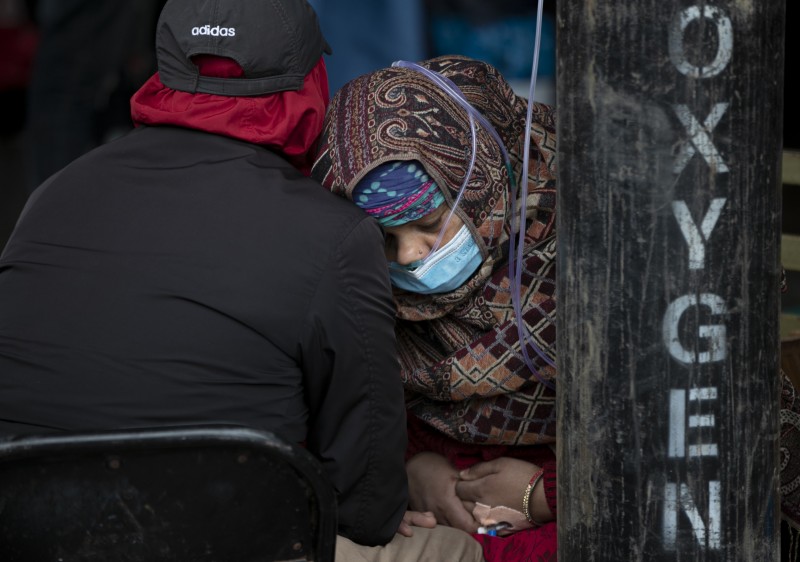 Large volumes of oxygen equipment and other medical supplies are urgently needed to avert a Covid-19 in Nepal. Across the country, there is a shortage of oxygen supply in the hospitals and in homes.
Let us unite to help raise funds for this initiative so that no one has to die from lack of oxygen and necessary medicines, buying PPE, masks and sanitizers for volunteers and isolation staff.

The direct recipient of this money is Sadhana Bhandari (currently based in Boston), and supporter of Azizz Foundation. 100 percent received  fund will be directly transferred to the bank account of Azizz Foundation in Nepal in order to complete the purchase.

Please help... we and our partners are in desperate need of funds for unexpected projects due to this second wave in Nepal.

This is a tough time and I am requesting for your support in times of this crisis. Together, we can do this!

Every child should have the opportunity to quality education. Education is the foundation for sustainable development.

Azizz Foundation aims to provide chance to those children who are deprived from getting quality education as we believe quality education is the only way that can help these kids acquire the knowledge and skill to lead a healthy, productive life and help become an empowered citizen.

Right after the devastating earthquake in April 25th,2015 , We went on a survey outside of the kathmadu valley. On the course of survey we reached Melamchi in Sindupalchok district( the most affected place) there we met one of our good friend who was engaged in some government project on learning our survey he quickly told us about a small remote village Gunsa on the hillside of Sindupalchok, where the people living there were facing massive problems but the most immediate need at the moment was warm clothing for the children who had no choice but to study under open sky in freezing weather.

On 1st of February 2016…early morning team of Azizz Foundation set off to Sindupalchok with 509 pieces of warm jackets for the students of the only two Schools in Gunsa (SAATKANYAMATI SECONDARY & KUMBESHWARI PRIMARY School). On the way we faced many difficulties including the threat of after shock but we felt it was worth coming through all those trouble as we could see the smiles on childrens face, their parents teachers, it really was worthy.

It was pleasant to see the smiles on each children's faces but it would not have been possible without the support from MR.PAUL FORCE of USA a very good friend of ours. Also we appreciate the supports from:

On 29th August 2016 Monday Azizz Family reached Cvds Nepal with Mr.Paul Force and Mr. Eben Coarsey, Mrs. Chasy Coarsey to attend the home hand over program. Mr. Paul Force a gentleman from Alaska (U.S.A) had donated to build a separate home for disabled elder citizens living at Cvds Nepal. We like to thank Mr. Force for his kind work & his friends Mr./Mrs. Coarsey for cooking delicious food for cvds family.

Cvds Nepal home for disable children and elders. On our survey about disabilities we reached Cvds Nepal. We met Mr. Yub Raj Thapa the founder. He showed us around and explained about each people living there, by than there were 45 people taking shelter there. these people were all disabled either mentally or physically and all the kids were suffering from cerebral palsy due to which they wereabandoned by their families. It really was heart breaking situation out there .

in the conversation the founder requested us if we could help the center in adding more room because they had lack of space. We did not make a promise but assured we would try our best so on hearing the story of our survey Mr. Paul Force our ( Foreign Advisor) wanted to visit the center. seeing the place he was very much moved and touched so he decided to build a separate home for the elder disabled people living there.

After continues of hard work and patience for almost 3 months we finally had a beautiful home with wheelchair friendly bathroom and toilet.